Why Workplace Culture Matters (And How to Build a Good One)

Often, people want to write culture off as a slew of perks you might find at tech companies. But really, culture is about creating an environment that makes it possible for people to work together to come up with innovative products and ideas—the same products and ideas that drive revenue.

I didn’t start out working at an enlightened company—I started out working in the art world, in upscale art galleries, private art clubs, and various museums. My surroundings were beautiful, but I was miserable. The politics and sexism were intense. I never felt like I could speak my mind.

Luckily, I eventually landed at IDEO. For the past 10-plus years, I’ve helped create events, experiences, and rituals that keep our studio culture healthy and our designers happy. Now, I’m Co-Director of the experience team in Chicago. Our mission: Design for belonging.

My team and I use tools like our studio space, food, events, experiences, and rituals to help make everyone who comes through our doors feel welcome, supported, and empowered to do the best work of their lives. We do things like throw spur-of-the moment pop-ups that break up the afternoon, and plan group lunches so people will eat together—like a family—instead of having sad lunches alone at their desks. We even plan crafting sessions and inspirational field trips.

Colleagues who play together, stay together. Here I am pretending I’m part of a roving news team at an IDEO event.

Not convinced that thoughtful extras like spa water and storytelling events can actually help fuel the ideas that drive revenue? Consider the case of Uber.

The deposed chief executive set the tone for the company’s culture. Under him, Uber flouted local laws and criticized competitors in its quest for success. Thanks to the company’s pervasive “bro” culture, sexual harassment and discrimination were rampant. Employees were pitted against one another, and management turned a blind eye to infractions from top performers.

Contrast Kalanick’s approach to leadership and culture to Microsoft CEO Satya Nadella, who took the company’s reins in 2014. He inherited a company lacking innovation—and relevance. Microsoft’s stock performance was flat. His goal was to shift the culture from “know-it-all” to “learn-it-all.” “Microsoft’s culture had been rigid,” he wrote in his book, Hit Refresh. “Each employee had to prove that he or she was the smartest person in the room. The culture change I wanted was centered on exercising a growth mindset every day.”

Three years later, not only are employees happier, more innovative, and empathic, but the company has generated more than $250 billion in market value—more than Uber, Airbnb, Netflix, Spotify, Snapchat, and WeWork—combined.

As an experience director, I’m laser-focused on making sure employees feel safe to fail and explore, that they feel connected to others, and that they have what they need to solve problems and come up with innovative solutions. My job is to set the conditions for great work.

When a workplace culture is thriving, people feel safe to explore and experiment with new ideas.

So how do you actually do that? Here are five ways to jump-start your company culture.

1. Define and build on your company’s cultural values

Values are the compass that an organization uses to select staff members, reward current employees, and make business decisions. If you’re just starting a company and need to define your values from scratch, Greenhouse, the company that designed the recruiting software IDEO uses, has a helpful culture mapping exercise to help get you started. Need further inspiration? Check out Google’s values: “Focus on the user and all else will follow.” “It’s best to do one thing really, really well.” “Fast is better than slow.” “Great just isn’t good enough.” 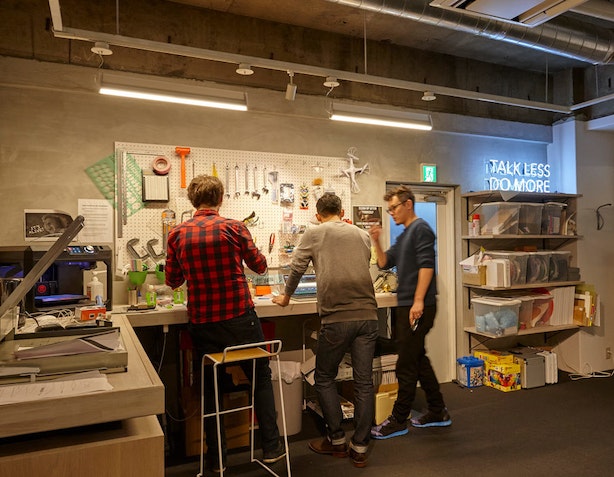 Don’t just put your company values on a wall. Bring them to life everyday through thoughtfully designed spaces and activities.

Put on your anthropologist hat. What interesting or unusual things are people already doing around the office that you could build on? (It’s faster and easier to build on existing behaviors than to encourage new ones.) At one company, I noticed people were wary of talking to strangers. Unfortunately, since it was a co-working space, almost everyone was a stranger. I also observed that people would use the kitchen as a shortcut to the bathroom, and that it was a neutral zone—no one group owned it. High foot traffic + no ownership = opportunity to spark casual conversation and community! You can do what I did—look for unused spaces in your own workplace and use questions on Post-it Notes to spur random conversations—or move shared resources like printers or snacks to the middle of the space instead of tucking them away in a corner. 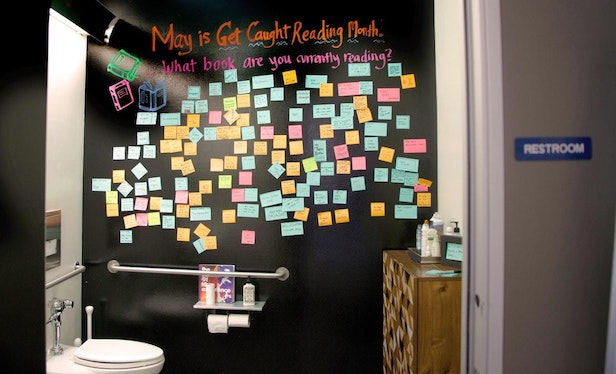 As an experience director, I’m always look for new collaborators. Though some cultural experiences can come from the top down, others work better when they come from the bottom up. They feel more authentic. I’m always trying to identify new cultural mavens within our organization, and I empower them by giving them some time, money, or resources to bring their ideas to life. For example, at IDEO, we noticed a few of our designers were natural teachers and always went out of their way to show others how to learn a new skill. This aligned perfectly with two of our company values—“Learn from Failure” and “Make Others Successful”—so we gave those designers a budget and set them free to build on their ideas. Now we regularly have Nerd Nights where people learn to code, and Shop Class where we make things like concrete planters and leather wallets. 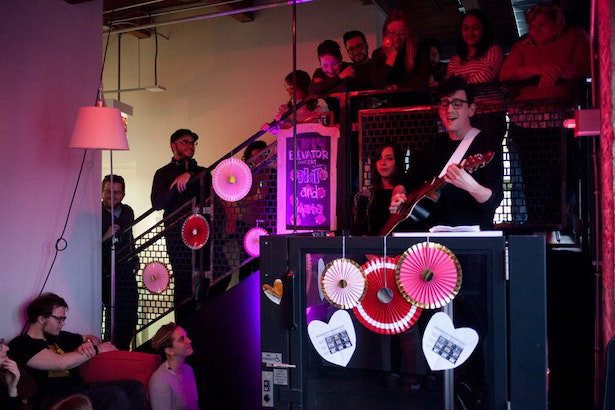 Our annual ValenTINY Elevator Concert, inspired by NPR’s Tiny Desk Concerts, showcases the musical talents of a few of our studio’s cultural mavens.

Digital tools are efficient, sure, but the only way to build authentic, human relationships is face-to-face. Period. When you find yourself using a digital tool to communicate with an individual or a group, think: Could this be done in person instead? Am I hiding behind this tool, this emoji? Encourage others to get out from behind their screens, too. One easy way? Get people to eat their meals together. 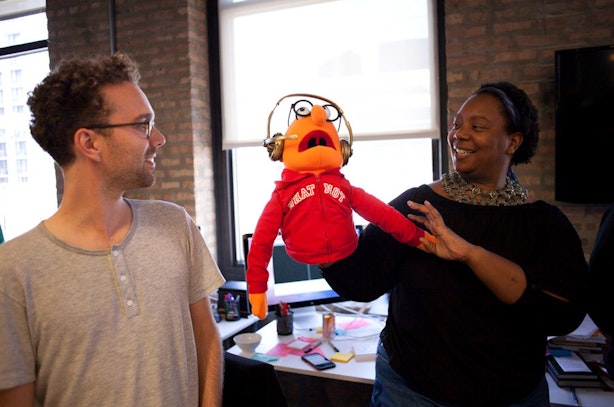 We participate in rituals in institutions, politics, and religion all the time. But they’re not commonly talked about in the world of business, even though they’re a simple way to make cultural values tangible. At IDEO, I was part of a team that started IDEO Stories, a Moth-like live storytelling event designed to help teach our designers how to tell better project stories. After the first event, it became clear it wasn’t just a good way to learn a new skill—it was a way to celebrate an individual’s unique backstory and unite the community.

For the last seven years in Chicago, we’ve also held an Annual Studio Awards party, an Oscars-inspired evening where the community votes on award-worthy project work from the past year. Categories are tweaked each year to incentivize emerging behaviors that are beneficial to our business.

Have ideas for rituals of your own? Share them with us on Twitter, so we can inspire each other. 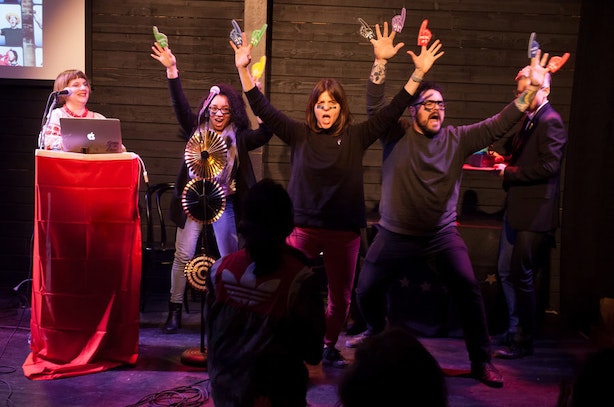 Community rituals create shared stories and memories that lay the foundation for a group’s identity.

Women in leadership: Achieving an equal future in a COVID-19 world